Being an innovative company in a sometimes old-fashioned market is not without its challenges – we know this as much as anyone.

Seaflex has often been viewed as an innovative alternative to traditional mooring methods. When the first Seaflex system was invented by Bertil Brandt in the 1960’s, the purpose was exactly that. The business idea of Seaflex was to present an elastic, environmentally friendly alternative to these traditional mooring technologies. Back then, the vision of the company was:

Seaflex should be considered an alternative when choosing a mooring system.

This could seem as an easy goal to accomplish, but in fact it entailed making Seaflex a “household name” within the marina industry. We needed to make sure everyone in a position to decide about mooring systems for a marina knew about Seaflex in order to make it a viable alternative. This vision guided the expansion of the company, where the goal immediately became rapid growth of the brand outside of Sweden which was, admittedly, not the biggest marina market in the world.

Since the mooring market has been, and still is, fairly old-fashioned, the challenge of becoming well-known was in fact made easier since there were not hundreds of name-brand alternatives. Soon, therefore, Seaflex found itself needing a new vision, since we had become well-known within our niche market of marina moorings.

By then, we had successfully identified that the next step for Seaflex was to shift our attention and focus to the user-friendliness and availability of our products. A new vision followed;

To make it easy for everyone to choose Seaflex as the first option of mooring system.

Once again, while it may seem like an easy task to achieve at a glance, the vision was not solely to make Seaflex one easy option to consider, but one that would be easy to consider as the first option. Inherent in that vision was a need to “overthrow” traditional mooring technologies and become the first system considered when building a new marina anywhere in the world. Quite a task indeed.

We had also begun seeing an increase in attempts to copy our product around the world, as more and more realized the benefit of using elastic mooring systems. While this was for us definite proof that we were doing something right, it also reinforced the need to focus more on making Seaflex the easiest choice, in addition to the best choice.

This vision once again sparked a big organizational change, where the primary focus now shifted away from rapid growth, and towards making Seaflex the easy choice – the natural choice – for anyone. With this in mind, Seaflex continued growing and soon turned into the Seaflex Group, with the addition of our US office and soon thereafter Seaflex Energy Systems, focusing on our offshore segment as well as FPV applications.

Today, Seaflex is both easier to install and to use than ever. In many cases, it’s both easier and cheaper to ship and install than piles, and the minimal need for maintenance and inspections – largely due to our constant improvements of the material and components used – makes it a viable alternative even to chain in many cases.

Seaflex has been around for more than 30 years as a company, and even longer as a product. Throughout the years, we have seen a lot of changes in the world. We were early – some would say too early – with presenting Seaflex as an environmentally friendly option. When no one was talking sustainability, it was part of the core of Seaflex – it was part of why we existed and continue to exist to this day.

During the last few years, we have finally started seeing how the consumer market and even legislation has begun shifting towards sustainability. This is especially true in the renewable energy sector. Demand for sustainable mooring systems has increased greatly in very short time, and we now feel that Seaflex needs to adapt to the changing markets and expectations of the world. We are gazing at the horizon to see where we should go next.

After much consideration, we feel confident to unveil the new vision for the Seaflex Group:

To make Seaflex the global standard for sustainable mooring technology.

We know that using our elastic mooring dampens peak loads and improves stability of any floating application.

We know that for practically any location, using Seaflex will result in a lower maintenance need and lower total cost of ownership compared to any alternative mooring technology.

We know that Seaflex is a sustainable, environmentally friendly alternative that does not damage seabed vegetation and does not pollute the water when used.

We have over 30 years’ experience mooring practically any type of floating application all around the world, and the Seaflex Group is second to none when it comes to the housed expertise needed to design a successful, world-class elastic mooring system.

Seaflex will not only be the first choice when deciding on mooring systems, it will be the global standard against which all other technologies will be compared. 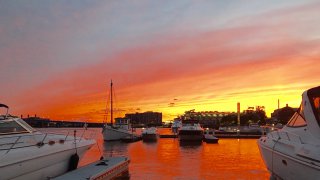 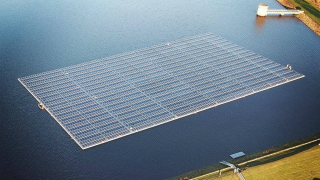